Lotus Control is a true reference in the Construction Sector Industrial Plant due our great ability to offer complete solutions for large projects anywhere in the world. 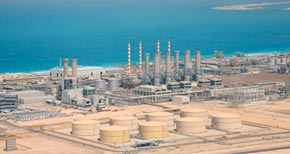 Lotus Control will supply the check valves for the Taweelah desalination plant which is the largest reverse osmosis in the world that Abengoa Water has awarded in the Arab Emirates at 45 km north of Abu Dhabi.

It will have a capacity of 909,000 m3/day guaranteeing supply to the city of Abu Dhabi for one year and will be the emirate's first large-scale desalination plant that combines drinking water production with clean power generation thanks to the installation of a photovoltaic solar field of more than 40 MW of power. 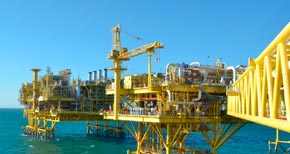 Lotus Control has been selected for the supply of interlocking valves and remote valves for the electric conversion platform that Dragados Offshore is building in the German North Sea.

Dragados will develop, build and deliver the HVDC converter platform of the Dolwin 6 project.

The Offshore conversion platform transforms the electrical energy of wind turbines by 155 kV high voltage AC cables, to 320 kV high voltage dc current, exporting it to the sub-station on land. The platform will be connected to the existing Dolwin Beta platform. 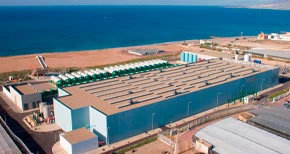 Lotus Control is also winner of the plastic valves for the desalination plant in Agadir.

With this new award Lotus Control will provide its sixth package in this project.

Lotus Control has been selected for the supply of Flexible Hoses for the DQUM desalination plant that TEDAGUA will build in Oman.

The construction of this desalination plant will be by seawater reverse osmosis with capacity for 36,000m3 per day. 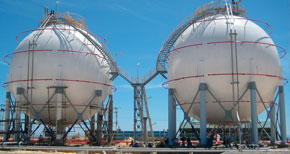 Lotus Control has also been awarded the package of manual valves for the three new spheres that OHL will build in Amman (Jordan).

With this new award Lotus Control will supply the same valves as in the first spheres that were built at the Amman storage terminal (Jordan) in 2016.